“El Dorado” literally translates to “the gilded one.” In the 16th century, a myth was born of a king who lived high in the Andes Mountains of South America. According to legend, this chieftain lived in a city paved with gold and held ceremonies covered in gold dust. The Spaniards started calling this golden chief El Dorado, “the gilded one.” 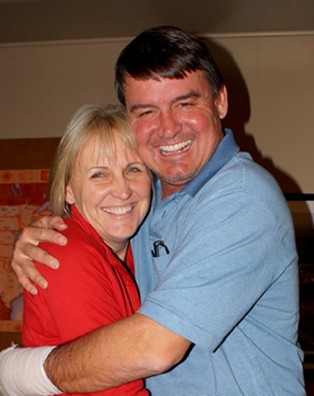 It wasn’t long before Spanish and English explorers roamed the highlands of South America in search of this “Lost City of Gold.” It was said to have been a place of great wealth and opportunity. Though no one ever found the city… the legend lives on.

El Dorado Bar and Grill has a golden history as well, and we offer a wealth of great food, drinks, and entertainment. The bar was originally constructed as a model home in an up and coming neighborhood in south Scottsdale in 1960. It later became the “Lamp Post,” then the famous “Blue Note” that built a reputation for spotlighting local and national musical talent. Though the name has changed, El Dorado is still one of the top destinations in the Valley for blues, jazz and live music.

The bar was purchased by Doug and Joy Brackin in December of 2013. Both are from Arizona (Joy from Payson, Arizona and Doug from Scottsdale, Arizona) and they embrace the fun of inviting locals and visitors alike to this very popular hometown watering hole.

Come on down and see us at El Dorado for great food, unforgettable music, and some great fun!

Have one of our Special Burgers or Build Your Own, with your choice of one side.

- Beef, mushrooms, sauteed onions, swiss cheese, served with au jus and choice of one side $11

Comes with a baked potato and a salad